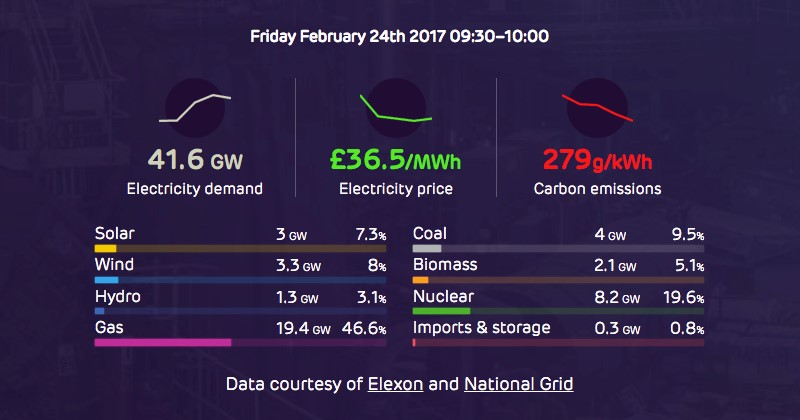 As a form of energy, electricity is often talked about as though it exists in silos, with nuclear in one, coal in another and so on. Whilst the energy we use is generated by different sources and comes from different places, the truth is that it all looks the same to the end user. They turn their lights on and off and pay their utility bills without thinking about wind, nuclear, hydro or solar power.

The job of power distributors and grid operators is to take the energy that's produced from many different sources, which in the UK means about eight different types of generation, and bring it all together before it's transmitted to homes throughout the nation.

Of course, the infrastructure works well, with households and businesses throughout the UK knowing they can rely on a constant supply. What people don't really know is where their electricity comes from - that is unless they've seen electricinsights.co.uk, from renewable energy generator Drax Electricity.

An overview of the 21st century energy mix

This fascinating website gives you an up to the hour view of the UK's energy mix. It shows how much of which source has been used, as well as how much the energy costs. We think it will be an eye opener for most people. As with the majority of simple ideas, electricinsights.co.uk is highly effective, giving a great overview of the face of 21st century energy.

A recent report by ECTA training identifies a lack of trained engineers as limiting smart meter adoption in the UK.

What's a proven way to lower your energy costs? Would you believe: learning what your neighbour pays. Find out more in this fascinating TED Talk.